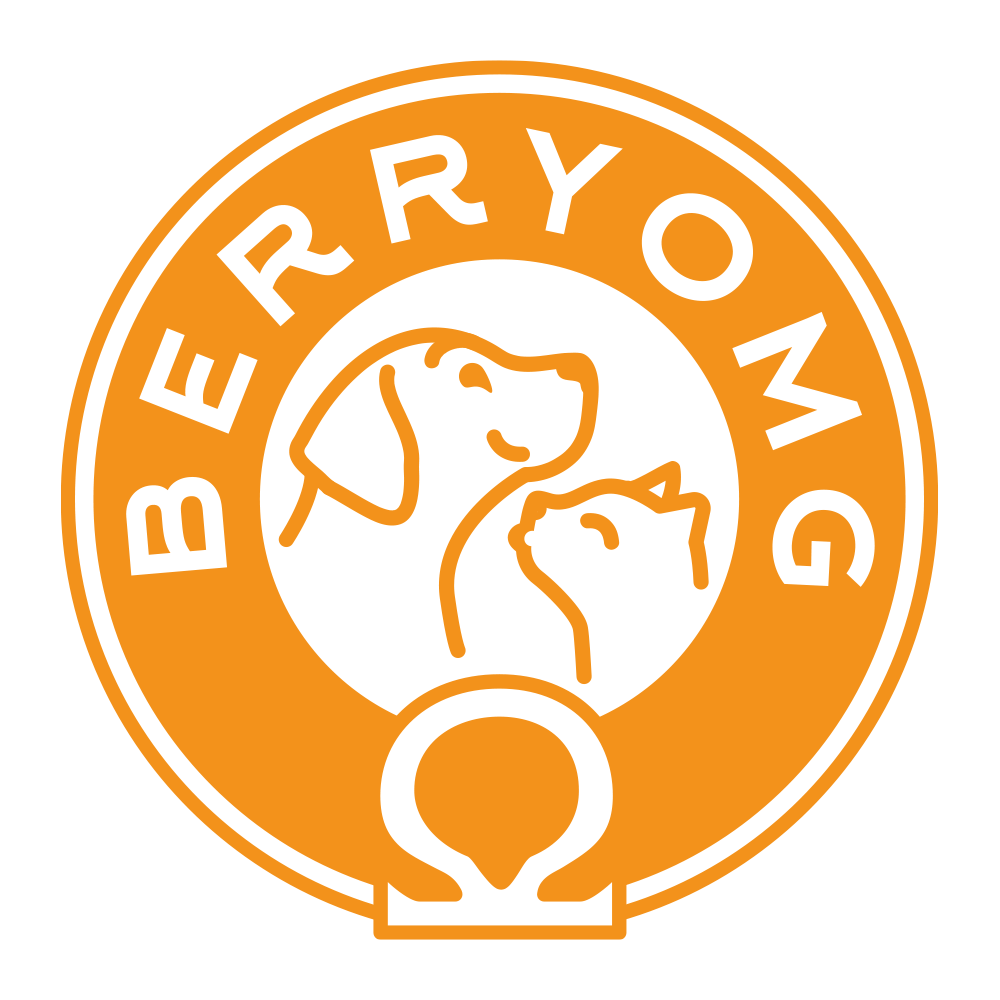 Sea buckthorn oil helps with many ailments – including in dogs

A number of Finnish dogs were chosen to test  BERRYOMG® sea buckthorn oil capsules, and the results were encouraging: smooth and supple paws, and less watery eyes. 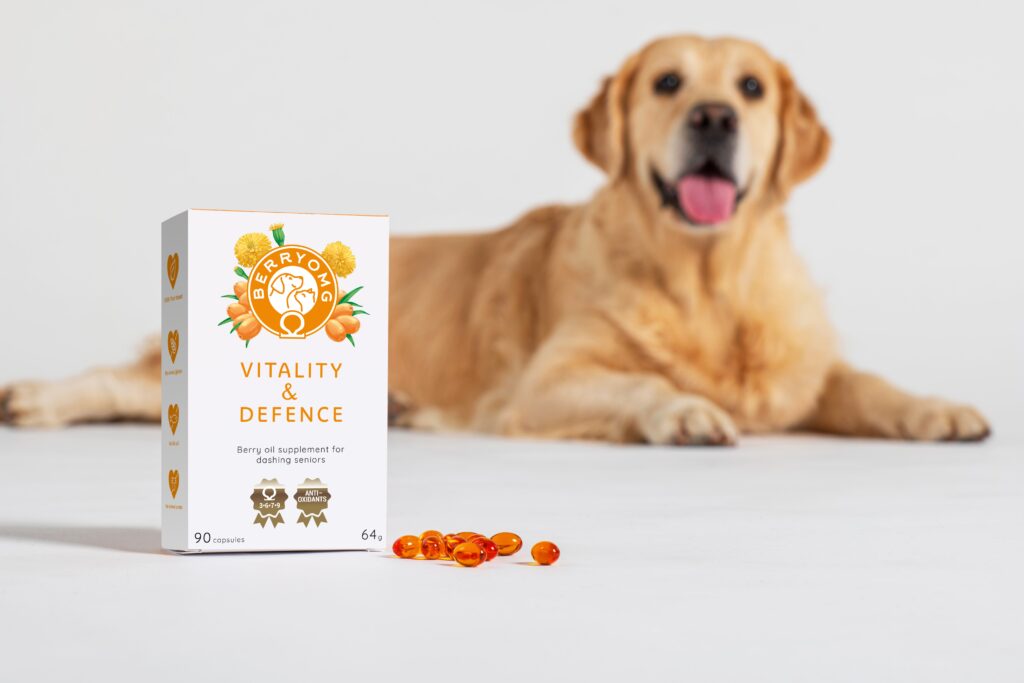 Sea buckthorn has been used in medicine and nutrition around the world for centuries for its benefits to human health.

The berry and its seeds are rich in essential fatty acids, and sea buckthorn has been called the world’s healthiest berry. It’s said that wild horses living near the Himalayas used to eat them, and they were given to war horses in ancient Greece. The berries were believed to be the secret to the shiny coats and overall good health of the horses.

We wanted to find out if pets could also benefit from sea buckthorn oil, so we contacted animal nutrition expert Johanna Anturaniemi. In collaboration with him, we started a development project that resulted in the BERRYOMG® product family. The range consists of completely plant-based dietary supplements for the wellbeing of pets, and is rich in essential fatty acids and natural antioxidants.

For our study, we looked for dog owners through social media who would be interested in trying sea buckthorn oil capsules on their pets. We were primarily looking to test the supplement on dogs with a history of problems such as dry eyes and dry paw pads.

The amount of interest pleasantly surprised us, as we received more than 140 replies in just a few days. People were very excited about this opportunity, and many of the owners said they had tried a wide range of products on their dogs, but nothing had made much difference.

The experiment lasted eight weeks, during which the owners recorded the effects of the experiment three times: at the beginning of the experiment, after four weeks, and at the end. The purpose of the study was to monitor changes in the dogs’ dry eyes and paws. The testers themselves were also in active contact with us throughout the trial.

94 per cent of those that had suffered from cracked and dry paw pads at the beginning had supple and smooth pads by the end. 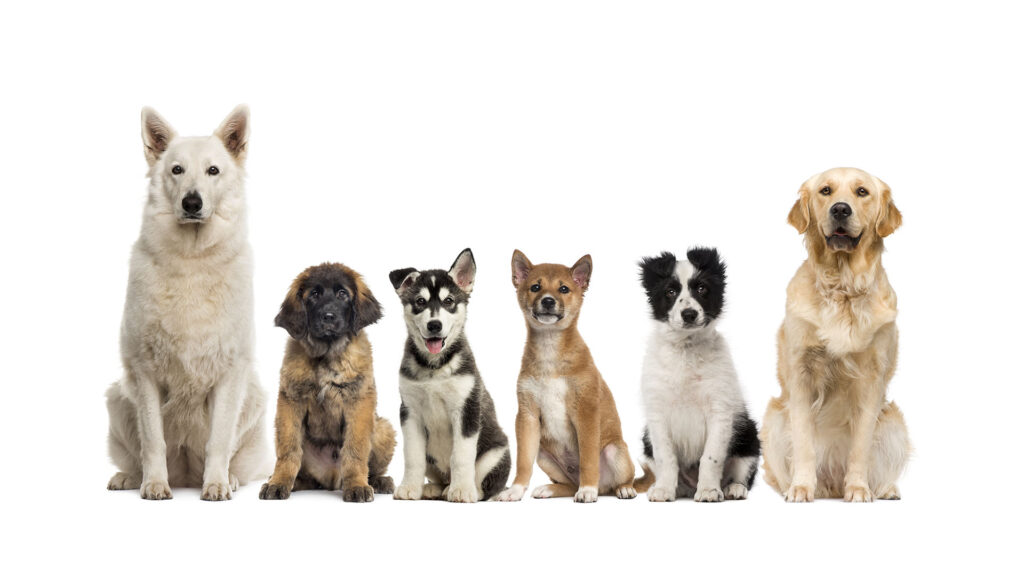 Overall, the results of the trial were very positive: 84 per cent of the participants wanted to continue giving their dogs the capsules after the trial.

Of the dogs that were given the supplement as part of the study, 94 per cent of those that had suffered from cracked and dry paw pads at the beginning had supple and smooth pads by the end. There was also a clear reduction in paw licking and gnawing. Owners whose dogs had been suffering from dry and watery eyes reported that the bleeding had almost stopped, and the discolouration of the hairs below their pet’s eyes had greatly reduced.

We also asked if the owners noticed any other changes in their dogs. Many also reported that their dogs’ coats were now smoother, shinier and easier to handle than before they began receiving the daily supplement in capsular form. It should also be noted that some other oil-based dietary supplements often cause heartburn in dogs, but the capsule form of sea buckthorn oil was not found to cause this in any significant amount. The dietary supplement can therefore be a good alternative for dogs that are susceptible to heartburn from fish-based or non-encapsulated oil products, for example.

Does your dog suffer from dry paws or eye discharge? Read about BERRYOMG products and choose what’s best for your dog!

BERRYOMG® products are made in Finland, and have been formulated through scientific research on the health benefits of berry oils, fatty acids, antioxidants and vitamins.

Shop
Back to all posts